Topic:
Historical Developments of the Roles and Status of Women in China

The role of a person is not static. Changes in roles and status are due to the needs, culture, the value of the times, and foreign influences. Dr. Chung will address the causes of the historical development of women’s role and status in China. She will address the influences that might have caused women to change from being warriors in ancient times to the submissive and subservient women with bound feet. She will discuss how the invasions of nomads, and their rules, have impacted the development; the differences between women of Han and non-Han origins and how the comparatively short rule of Mongols caused massive widow suicides in the Ming and Qing; and how westernization and modernization affected the role and status of women. Finally, she will address the current influences on the role and status of women in China.

Dr. Priscilla Ching-Chung earned her Ph.D. in History from the University of Pennsylvania where she specialized in the study of ‘women’ in Chinese history. She has taught at City College of New York, the Hong Kong University of Science and Technology, and at the Chinese University of Hong Kong where she continues to hold an appointment as Adjunct Associate Professor of History. Her first book on Palace Women in the Northern Song was one of the earliest books on the field of women in China. Since then she has published in journals and is a contributor to the encyclopedic Dictionary of Chinese Women, authoring a large number of biographies, in different historic periods, and translating and editing many others. Her recent book, Women and Power in Imperial China, is available on Amazon KINDLE.

RSVP Online
or
Mail in Registration 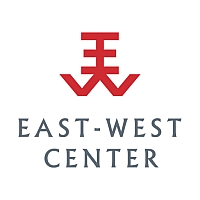